A Brief Guide to Lupins

Or A Brief Guide to Lupines, If You’re That Way Inclined.

Let’s cut to the chase.  Russell lupins may be pretty (holy moly they’re pretty), but in Canterbury, New Zealand, they’re an introduced plant and classified an invasive weed.  In particular environments, especially our braided river systems, they pose a significant threat (along with various other pesties) to the habitat of several rare bird species, including the black stilt, wrybill, and black-fronted tern.  There’s nothing more that lupins love than a gravel river bed, but unfortunately, those birds love exactly the same thing.

There’s some effort being made by the Department of Conservation among others to control their spread.  But spend any time in the interior South Island during peak season and you’ll soon realise that many more resources are required.  In some areas, like the Ahuriri River, the colourful buggers march all the way to the horizon.  The seeds from the plant remain viable for many years, so it’s not simply a case of spray and walk away.   It’ll be a complex and expensive problem to solve, and at the current time it looks like it’s in the too hard basket.

In spite of all that, it can’t be denied – these pests are quite the looker!  Mostly purples and pinks, but with the occasional whites,  yellows, and oranges, at full bloom they turn the countryside into a psychedelic rainbow.  Combine them with New Zealand’s glacial lakes and towering white mountains and you have a landscape photographer’s heaven.

The flowering window is fairly limited, usually starting in early November and finishing by early January.  In the Tekapo area, where the flowers are perhaps the most well known, the peak is usually around the last week of November and first week of December.  That peak heads further into December the further you move down the South Island.

The best spots to photograph them are around the Lake Tekapo foreshore (right beside the township….handy!) and Ahuriri River near Omarama.  However, such is their spread that pockets can currently be found all over the Mackenzie Basin.  Further south, they line several roads and riverbeds in the Lindis Pass area, Crown Range between Wanaka and Queenstown, and Eglinton Valley in Fiordland National Park.

Safety message: with lupins lining many roads they pose a massive distraction to lupin noobs.  Please, please, please, lupin noobs: choose a safe spot to pull over and park your car.  The amount of times I’ve seen people get lupin hypnosis, then abruptly slam on their brakes or park in the middle of the highway (I kid you not), is beyond count. 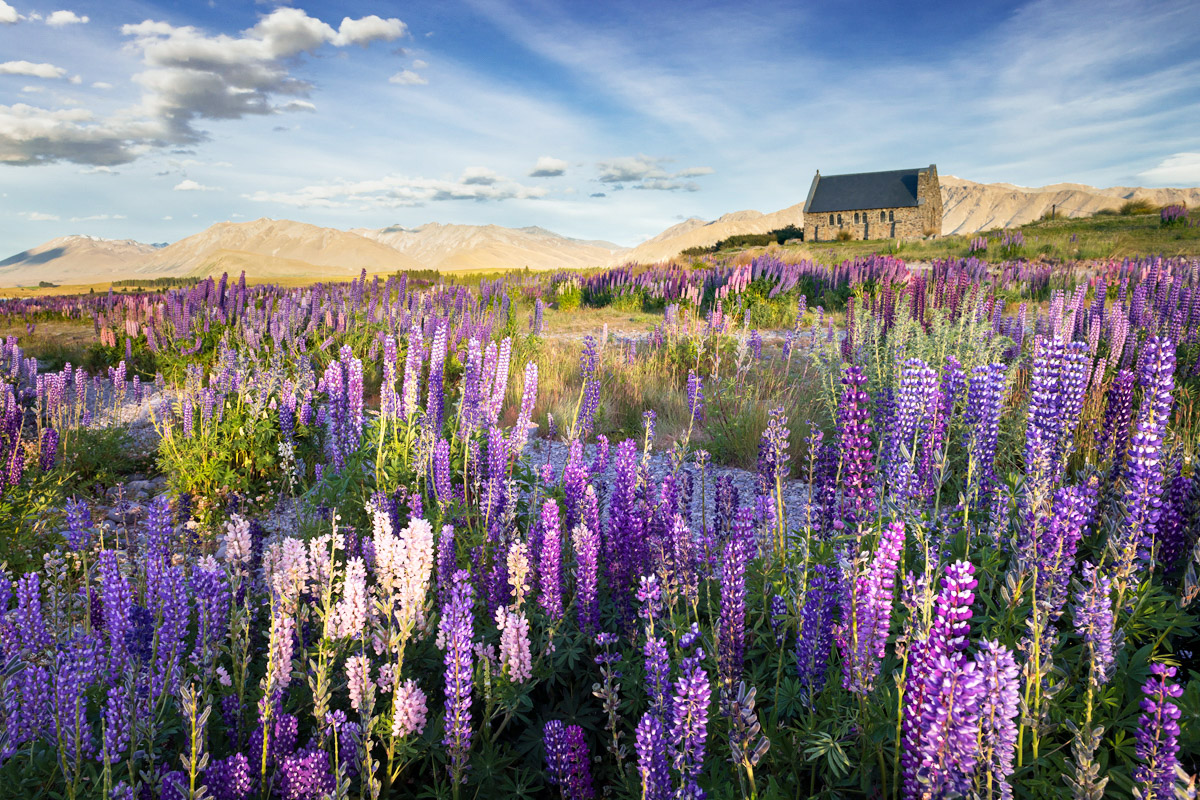 The Church of the Good Shepherd, Lake Tekapo, surrounded by pesty weeds. 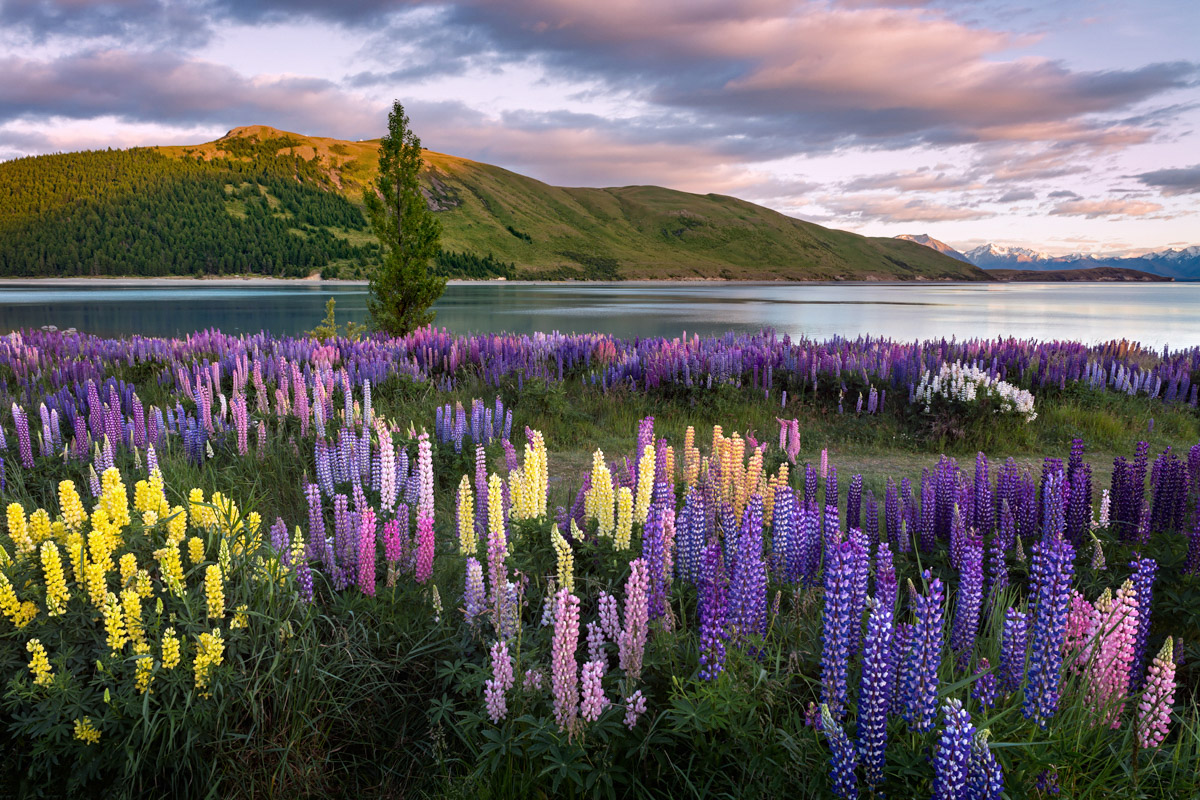 Elusive yellow lupins, and the even rarer orange variety, add to the colour palette of this scene 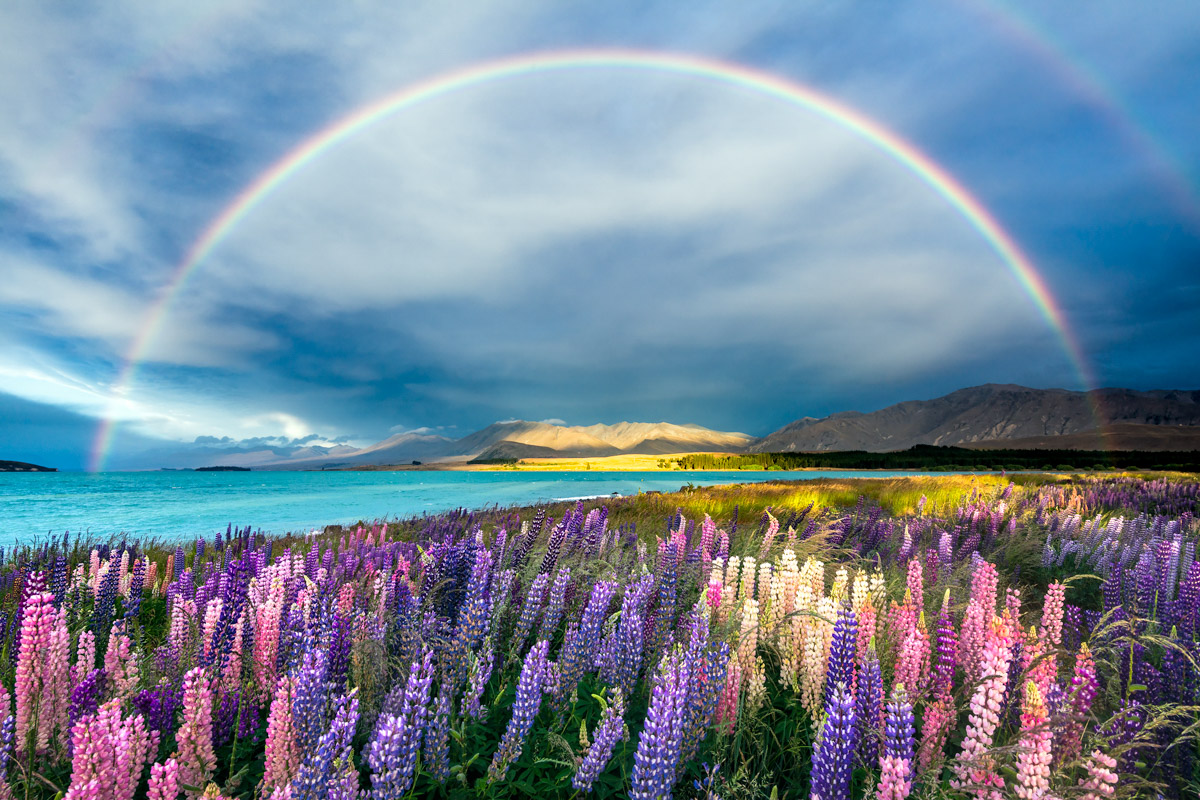 Not to be outdone, the sky competes with the lupins for most colourful 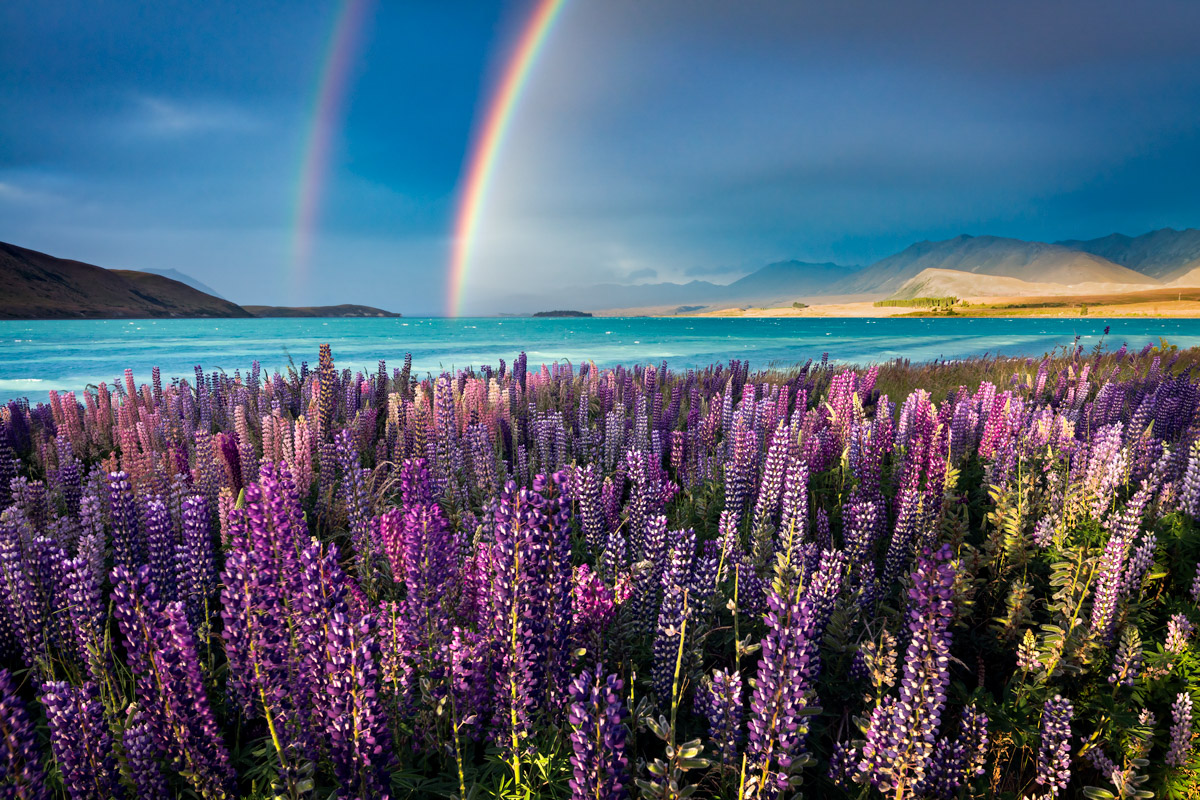 Yet another colour competition between ground and sky 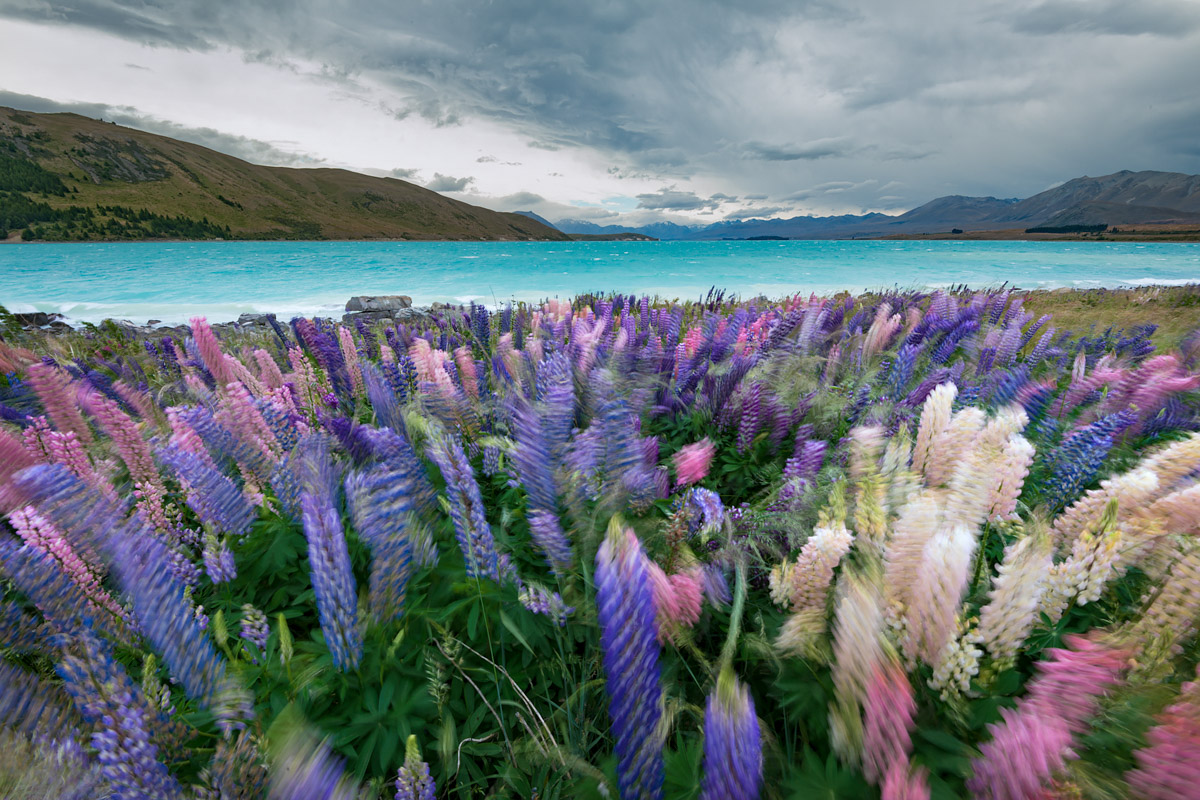 A raging nor’wester wind can make it difficult to freeze the lupins, so I just opened the shutter and ran with it 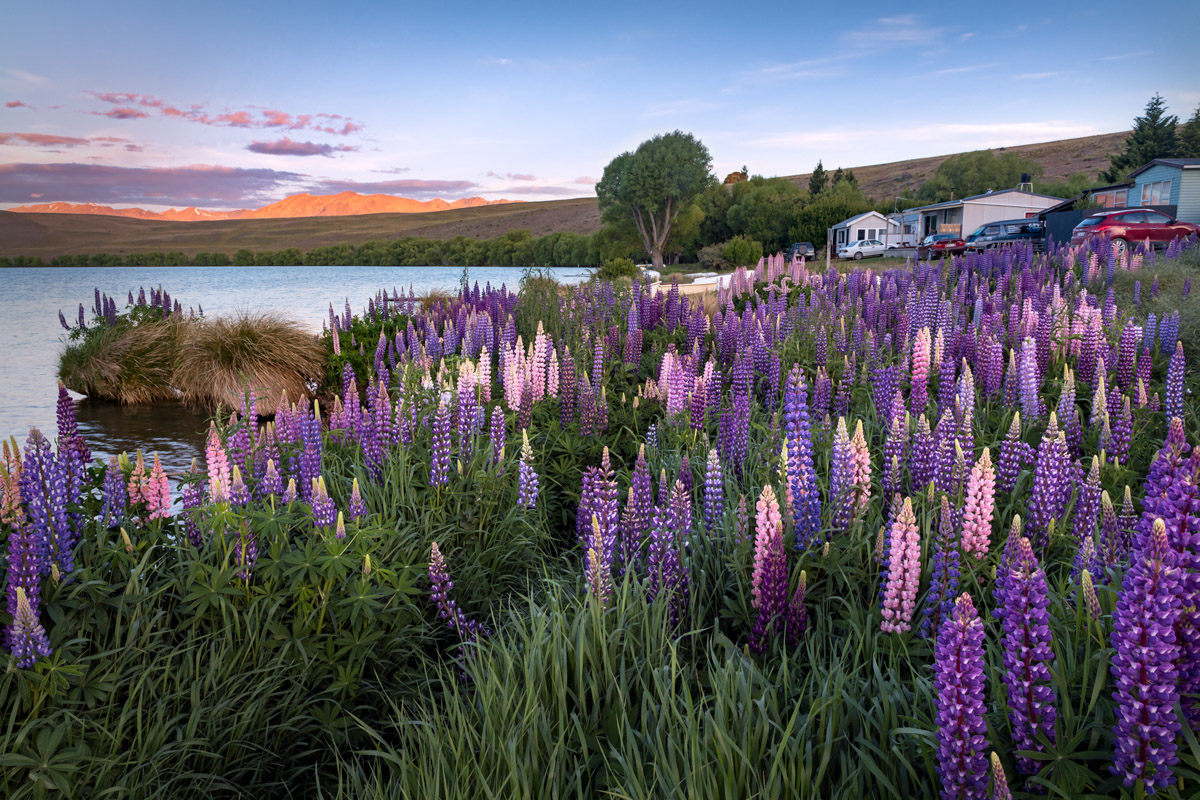 Is there anything more kiwi than summer evenings at the bach? 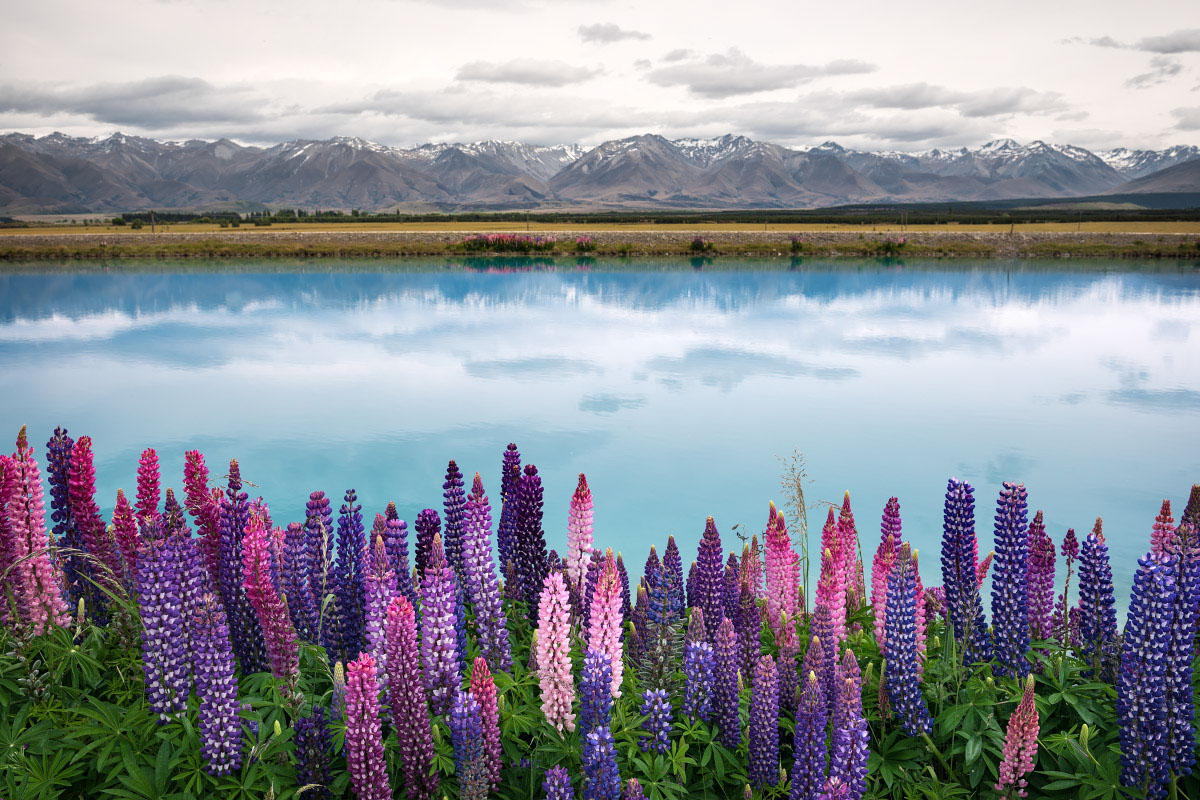 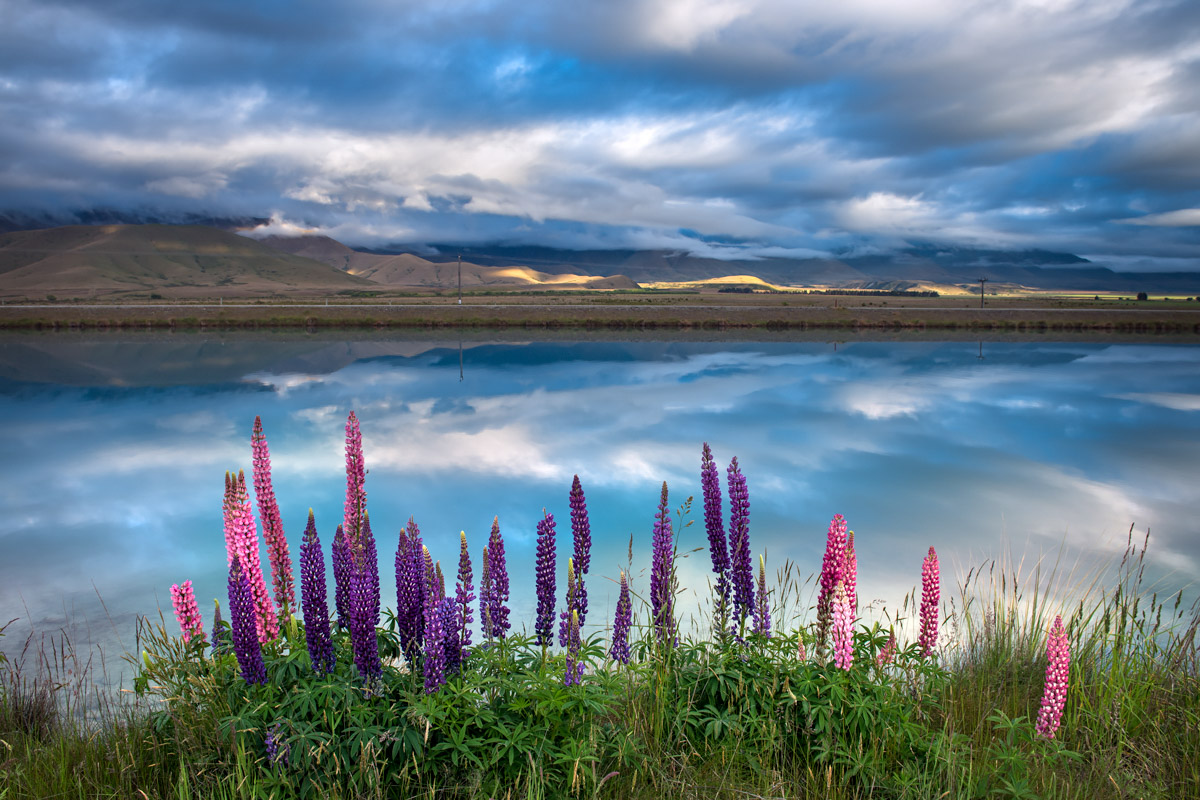 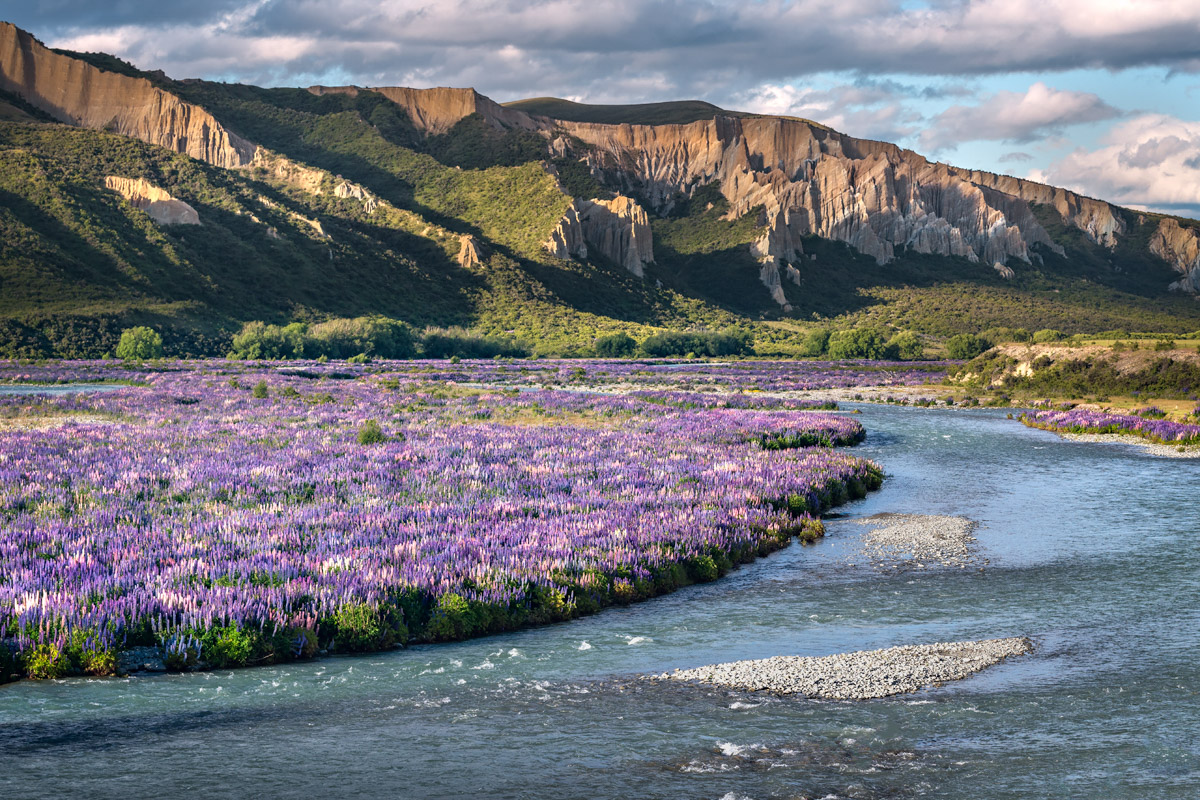 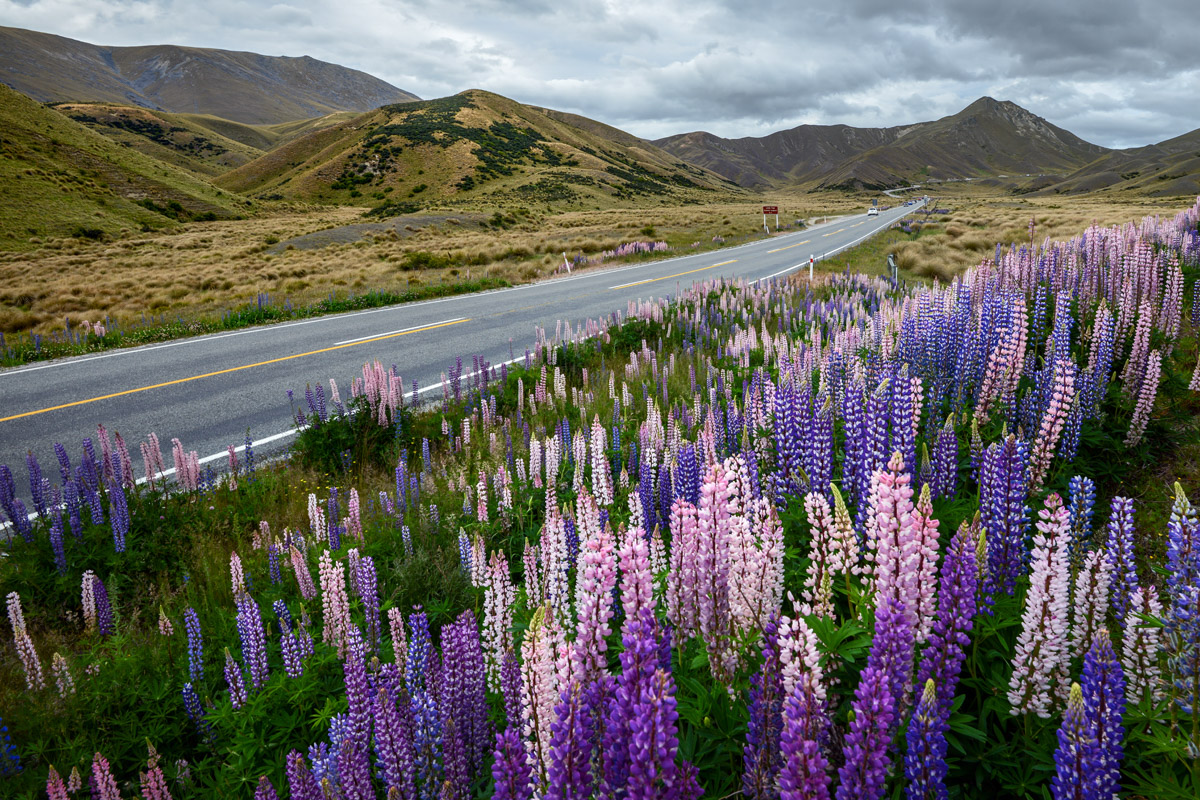 I have an embarrassingly large collection of lupin photos, so make sure you check back often to see any new additions!

So what’s your take: do the lupins need to be left alone or eradicated?  Or is there some sort of middle ground? 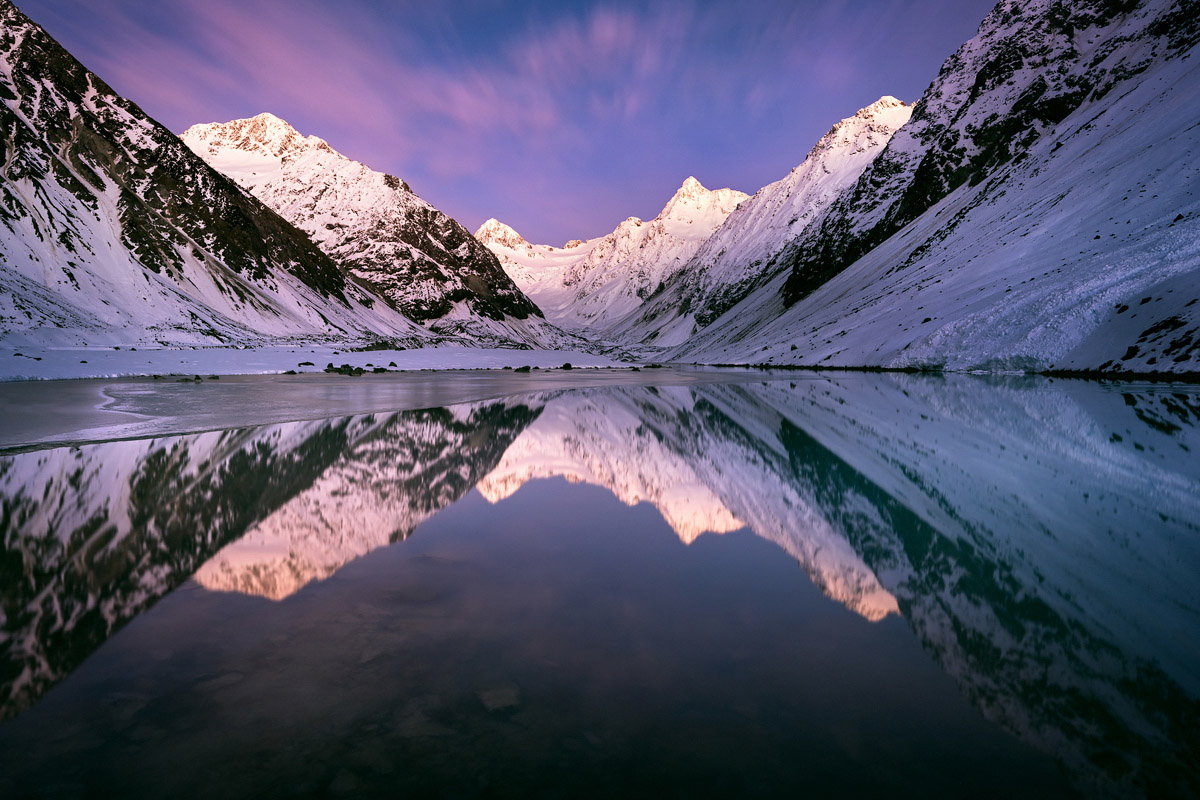 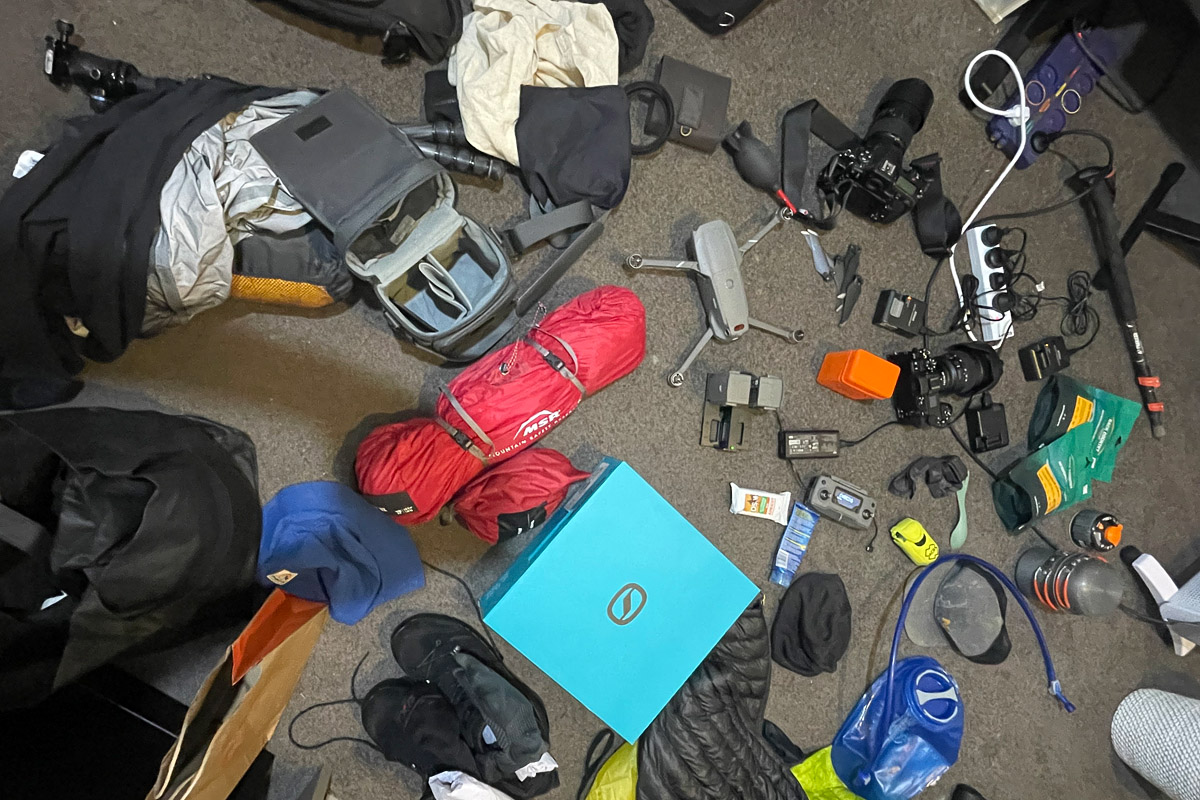 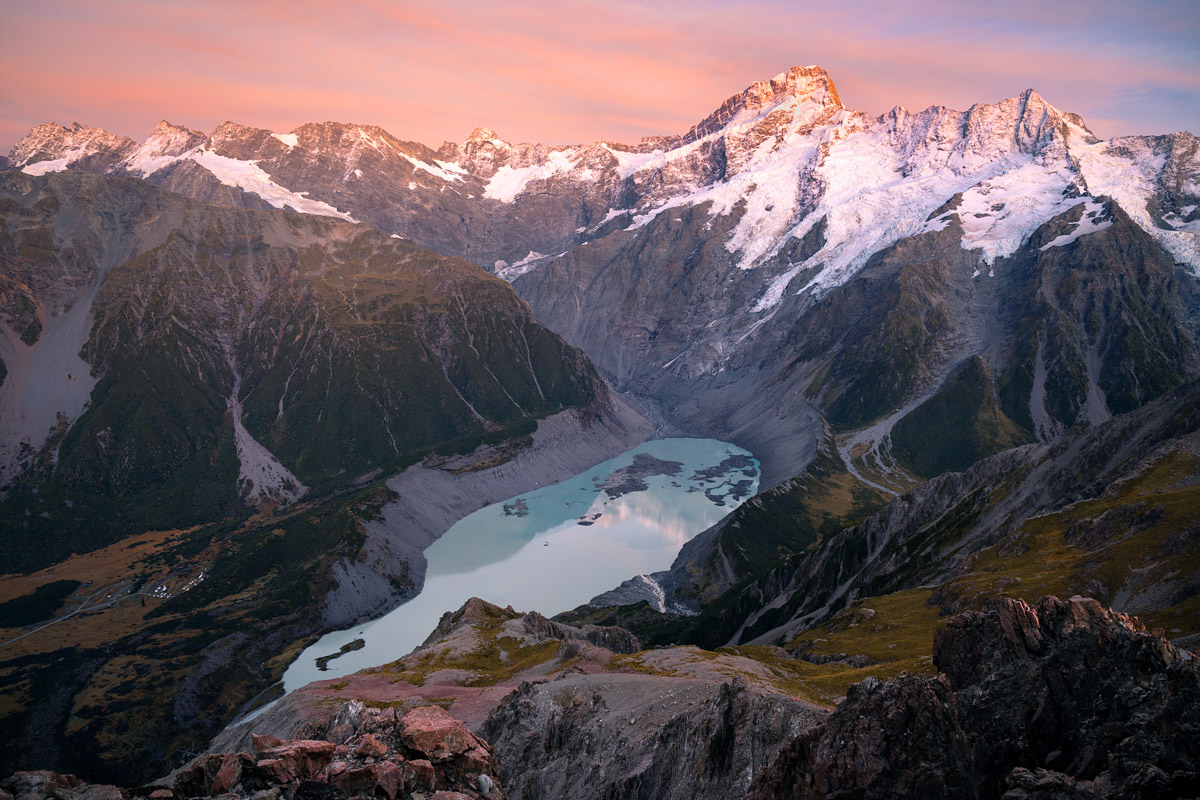 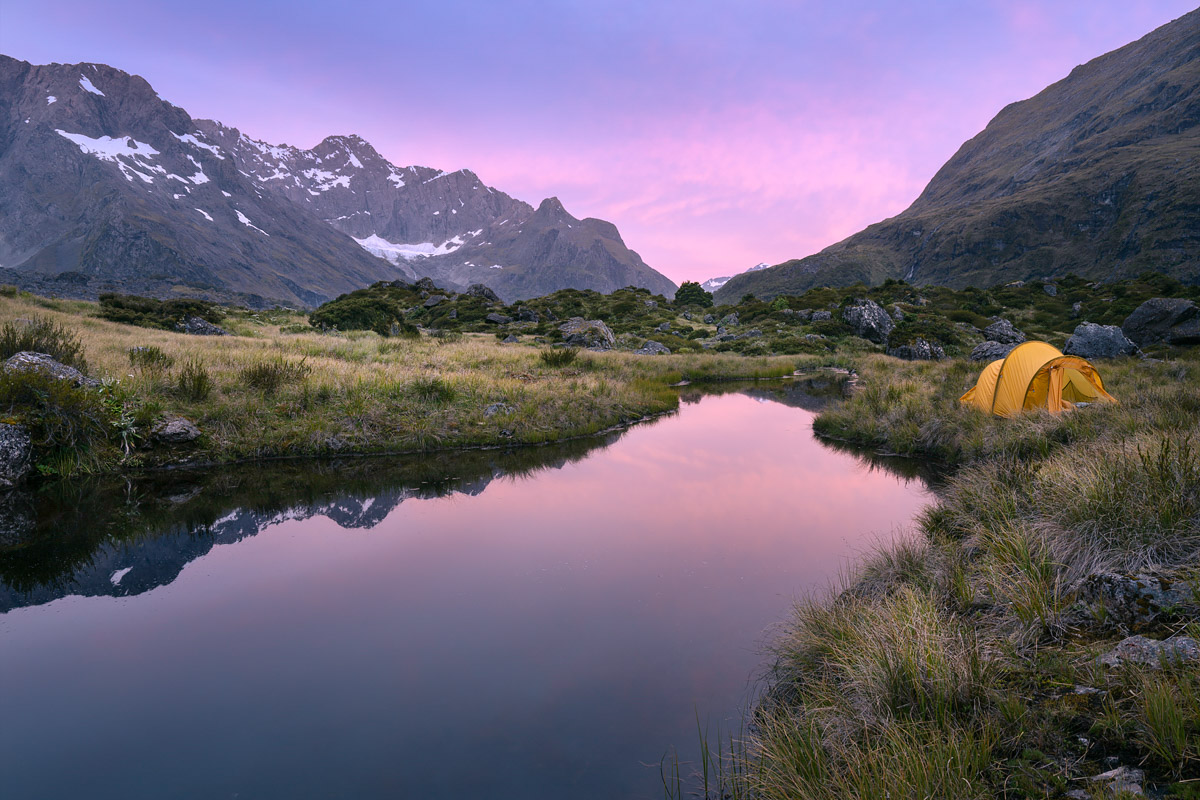